Skip to content
The world in a state of entropy
Scatter scatter
A case of brownian motion
Electronics out of their orbit paths
Around the nucleus
Dislocated, disoriented
A pendulum on an uneven surface
Tick tock
Out of sync, out of tack
Humans pushed to forced deceleration
Fixed at home like atoms in crystal lattice
When health and mathematics merge
Quadratic equations that pour water
Preferable to curves of crests and troughs
A case of focus on instantaneous velocities
Gradients, dy/dx
Of linear and exponential progressions
And logarithmic growth patterns
Our world in a state of increasing entropy
Oh Lord, when shall we return to equilibrium?

April 6, 2020 0
31 March 2020
I have said this in the past: the politician is the least of our problems. We make the politician.
We are the problem. Corruption eh? We are. See how we jacked up prices.
Another example: a friend of mine who works in the micro-finance industry – a top guy – told me yesterday in a chat, “Ghanaians are loan takers. Never loan payers.”
We are undisciplined. We like to point fingers. It is alright if the shoes of responsibility are on the other feet. We don’t like to wear them.
You, yes, you. Look into the mirror. You have some adjustments to make.
Let’s use this lockdown to reflect.
Prof H Kwasi Prempeh just asked what would surprise me when I get back to town after Lockdown Day 14. I said “A clean city.” HKP replied that it is easy to do; what is more difficult is maintaining it.
My response? “Perhaps we will return with clean hearts and habits.”
Back to my corner.
March 31, 2020 0

As we stay indoors more and more during this Covid-19 world, more people are looking for books to read to engage their minds and those of their children. I decided to list out some of the exciting titles which are popular on Booknook.store (ranked by sales, to be fair to all) so parents and everyone can know which options are there for reading for pleasure. At the end of this article, there is a link to see all the books by Ghanaian authors or about Ghana. Enjoy and be caught reading, not caught by Covid-19!
Children’s Books
1. Grandma’s List
2. Ananse and the Pot of Wisdom
3. Ananse and the Food Pot
4. Birthday Zoo
5. The Boabab Tree of Salaga
6. Escalator
7. Uncle Spider’s New Law
8. A Saint in Brown Sandals
9. Besewa and the Honey Pox
10. Suma Went Walking
11. Flashcards: Asante Twi Phonics (100 cards)
12. Mr Bempong’s House
13. Lami’s Nightmare
14. Recipe For Light Soup
15. Tales of Ananse: A 3-in-1 Tricky Tales of Kweku
16. A Gift for Fafa
17. The Girl In The New Dress
18. Who Told the Most Incredible Story (Volume 1 to 5)
19. Once Upon a Time in Ghana (Volume 1 & 2)
20. A Visit To The City
21. Kente for a King – Hardcover
22. A is for Accra
Biographies/Non-fiction
1. The Bold New Normal
2. The Fourth John: Reign, Rejection & Rebound
3. Death and Pain: Rawlings’ Ghana – The Inside Story
4. Is There Not A Cause…To Rant?
5. Highlife Time 3
6. I Speak of Ghana
7. It Takes A Woman
8. The Trial of J.J. Rawlings: Echoes of the 31st December Revolution (2nd Edition)
9. Strength in the Storm: When A Loved One Dies
10. Leaders Don’t Have to Yell: National Team Coach on Leading High-Performing Teams
11. Kwame Nkrumah: The Great African
12. Speak Like A Pro: 10 Commandments of Public Speaking
13. Unfinished Journey: The Life and Times of VCRAC Crabbe
14. The Corrupt Elites – Anatomy of Power and Wealth in Ghana
15. Snakes and Ladders
16. Abrokyire Nkomo
17. Dark Days in Ghana
18. Africa Must Unite
19. Motherhood 101
20. Sam: A Life of Service to God and Country
Fiction (Adult/Young Adult) & Comics
1. Kenkey For Ewes: And Other Very Short Stories
2. Of Women and Frogs
3. The Hundred Wells of Salaga
4. Changes (African Writers Series)
5. Aseye’s Journey
6. The Lion’s Whisper
7. Bukom
8. The Dorm Challenge
9. Karmzah: The Unleashing
10. The Girl Who Can (African Writers Series)
11. Made in Ghana: A Collection of Short Stories
12. The Justice
13. Ama: A Story of the Atlantic Slave Trade
14. Adabraka: Stories from the Centre of the World
15. Escape From Paradise
16. 3 Siblings
17. The Shimmer In the Photo Album
18. Rattling in the Closet
19. Those Who Wait
20. Betrayed By The City
Others
DEXT Science Set MAX
Giant Puzzles (Africa, Ghana, Nigeria)
You can find out more about books from Ghana/about Ghana through this link:
https://booknook.store/product-category/author-origin/african/ghanaian 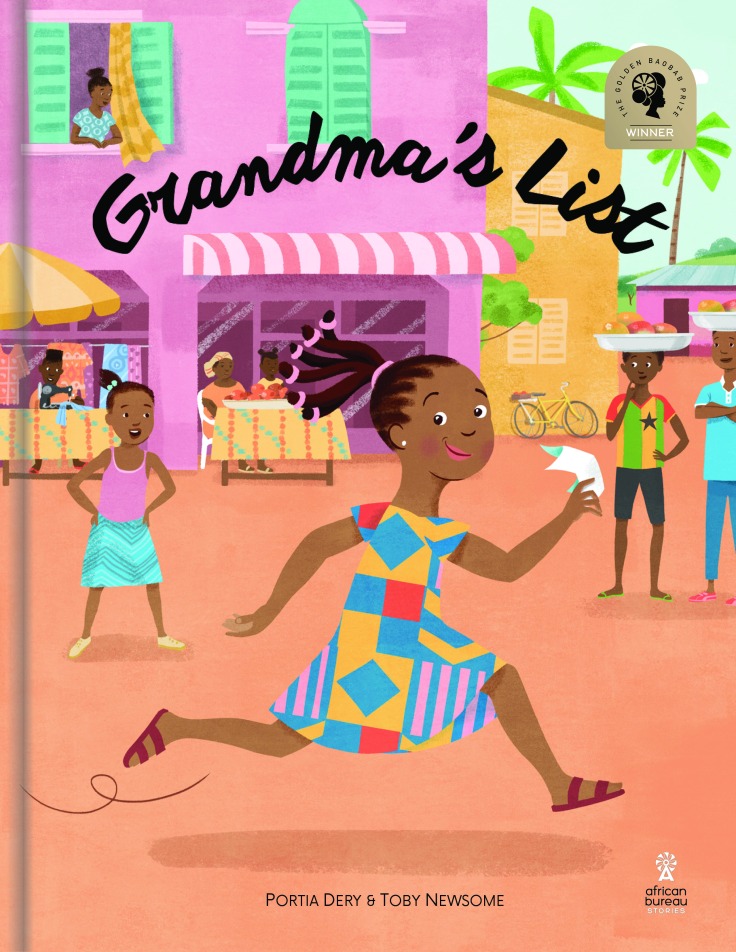 As individuals and as a collective – as a nation – we must know when we have to rally as a country and be one.

I also believe those who see themselves as influencers should lead the way in positive vibes in these tough times.

The least you can do as an influencer is not to mock the efforts of those who are leading to help us fight it. Bigger and more advanced countries are succumbing. This is the time for us as citizens to rally and help spread education and national concerted effort. And if we must criticise, please do let’s do it in love and with care.

In the end, there is more that unites us than divide us – surely one of the lessons of this Covid-19 pandemic. Life is much more than politics and, in times of crisis, even the cat and the mouse can board the same ship.

Back to my corner.

After days of dual anthropological and etymological research, collaborating with leading social and linguistic scientists from over 100 countries, on the gender of this new virus, including a highly scientific poll conducted on this page – whose methodology is shared in the appendix to this report – we have concluded as follows: the virus is both male and female.

When it presents as male, he is called Mr. Covid Neville who lives at Community 19.

When it gets into its feminine side of things, she is called Ms. Coro Ɛnaa.

Thanks for your attention.

I have heard some text messages on air from people who say relatives arrived from abroad and are staying with them; indicating that government has failed to ask those people to quarantine etc.

The first rule of safety is self-responsibility. Your safety and health are primarily your responsibility before anyone else. Don’t abdicate that role. Don’t expose yourself. Ask those relatives to self-quarantine. Ask how it can be done. Educate yourself and take precautions. The government can only send you an apology letter if the unfortunate happens.

If you are my friend and you come from any of those countries and you ask to see me before 14 days, I will do video call with you and wave at you. I am responsible for my family.

This Covid-19 thing is no joke! World leaders are already saying that “this is a crisis we have not seen the like of in the last 100 years.” Countries with much better infrastructure are crumbling. It is no joke!

Sorry for this long post. Back to my corner. 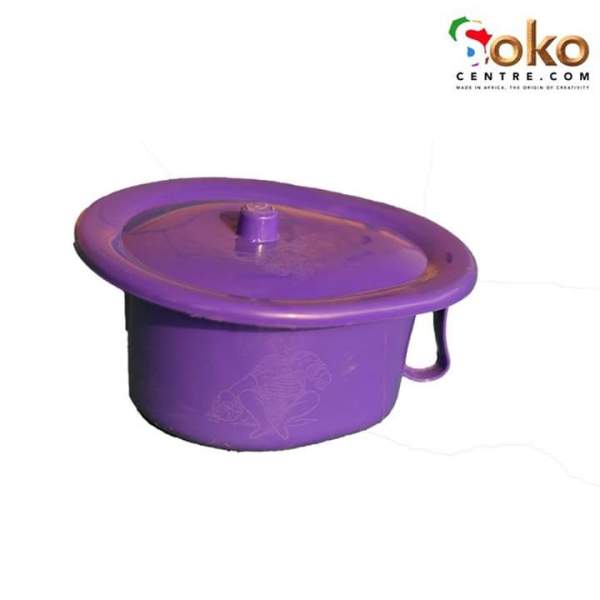 A couple of years ago, a friend of mine in Senegal, who blogs about books and had interviewed me for her blog once, asked me to meet a young lady who was visiting from Senegal. The young lady was in Ghana and my friend wanted her to meet me and chat about Ghana in general. I met this lady (who was with a friend of hers, another lady) on my way to Cantonments for a program at Goethe Institut. So we used the route from the Spintex road Palace Mall to the Burma Camp road, behind the Airport. As we got close to the Burma Camp area and entered the military zone, more out of a deeply inbuilt habit than anything else, I remarked to the ladies that “this is a military zone so we are usually careful in this area.”

They looked at me with a confused expression and then asked “Why should one be careful in a military zone?”

I tried to explain and they still couldn’t appreciate my wisdom. It took me awhile to remember that they were from Senegal and had never lived under a military dictatorship.

The attached picture is a plastic chamber pot. It is basically a container. When it is produced straight from the factory, it is hygienic and as clean as the cup you used this morning for drinking water or your kooko or your beverage. But serve any adult in this container, in a freshly produced one, and the person will massage your cheeks with a friendly slap, at best. If you were to serve an infant from this same container, he will not cringe.

This is because the adult would typically have had prior experience linked to this chamber pot.

We speak of what we have seen and events bring memories, both painful and sweet.

If you are conscious of some of the events Ghana went through in our recent past, not all plastic containers have the same status. 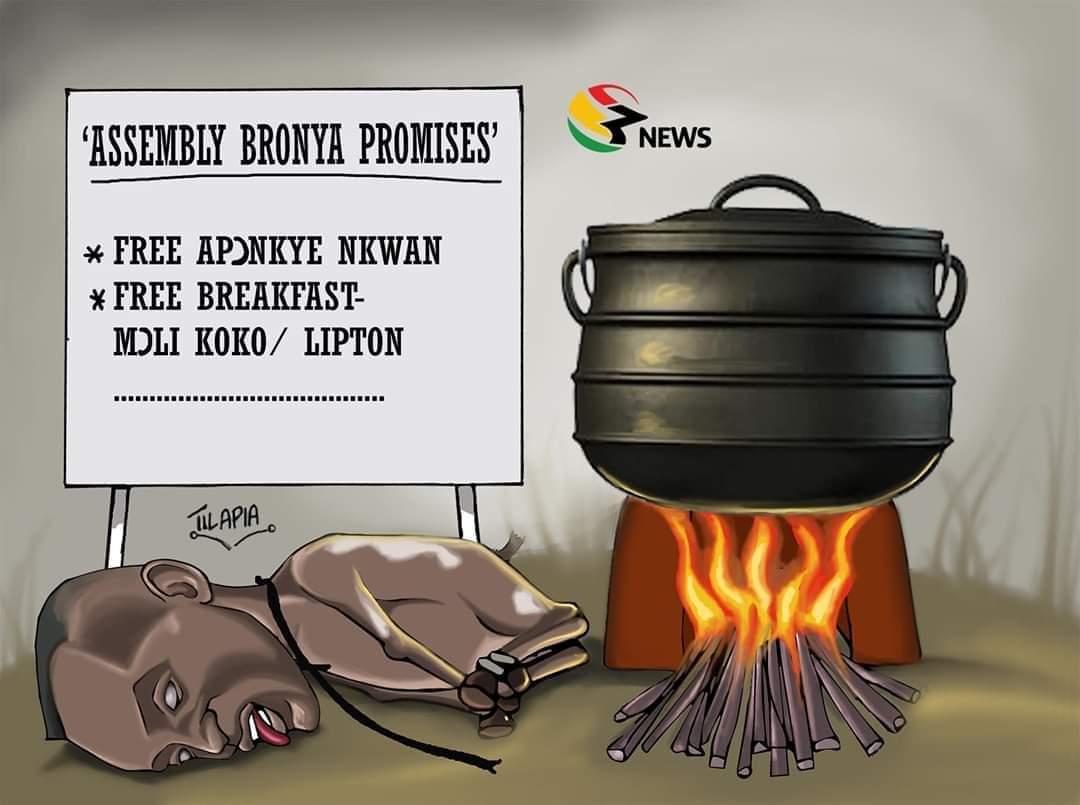 Nana A Damoah
Create a free website or blog at WordPress.com.